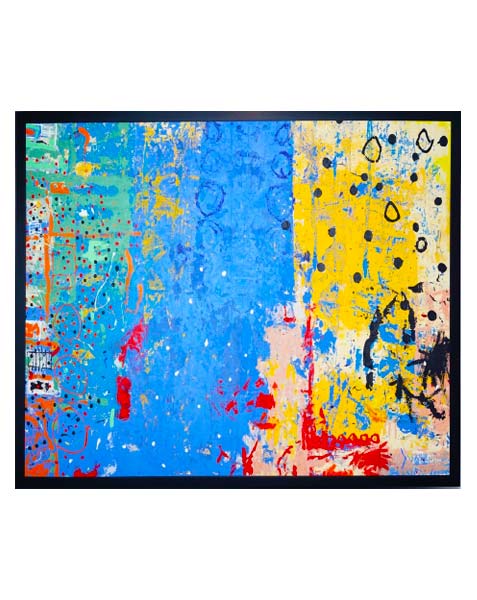 Daniel Sostheim (aka Dan, aka the chubby painter) is well renowned as an American painter, inventor and artist extraordinaire.
Born September 1966 as an orphan in Syracuse New York, Dan was adopted at just 44 days old. Dan’s father was an internal
medicine doctor, and his mother was a housewife. Along with his brother and sister, Dan grew up in Urbana Illinois, and
started drawing at age 16 with his first pieces encompassing primary colors and geometric shapes. Dan’s artistic prowess
was influenced by the likes of fellow masters Peter Max, Andy Warhol, Salvador Dali, Robert Rauschenberg and Romero Britto.
Dan spent much of his early years in Urbana, and then Miami Florida. Currently, Dan resides in Chelsea New York, where he
remains a venerable fixture to the art community.